PORTFOLIO > Damoiseaux 2020: 21 bird species at risk from the Canadian and American public registry

There are over 90 species of birds at risk in Canada and over 90 also in the U.S. I have started this series those common to both countries and focusing on the East Coast. At first I thought that birds were too pretty to represent, that is why I started with the bumblebees in 2019. I first drew the birds and tried to collage on them: it did not work as it did for the bumblebees. Then I came up with the idea of creating a collage separate from the drawing, combining them digitally and laser cutting the contour of the print and acrylic to create an object with the image. The Damoiseaux 2020 are also available as a print.

Technique: A drawing and collage of a bird species at risk assembled digitally and printed with archival pigment on Hahnemuhle Photo Rag. The print is laser-cut and inserted between two laser-cut acrylic sheets.

Text continues below the images. 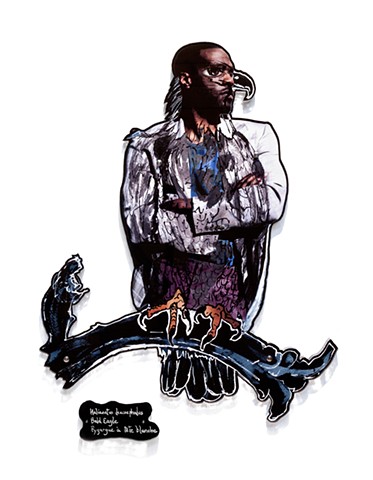 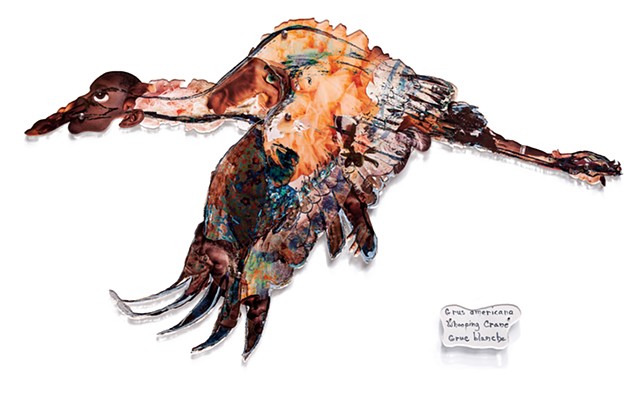 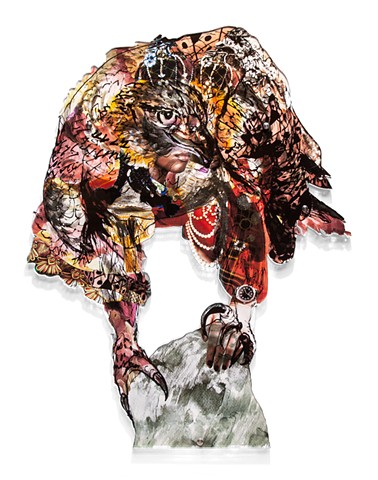 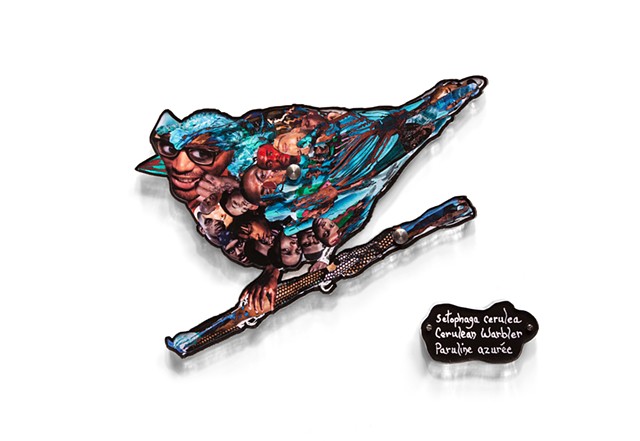 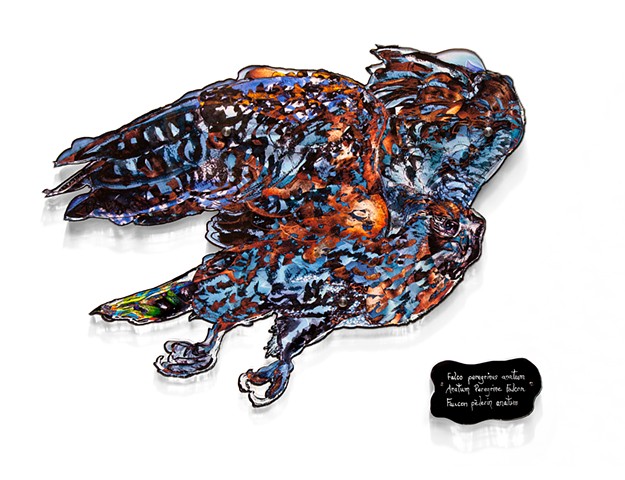 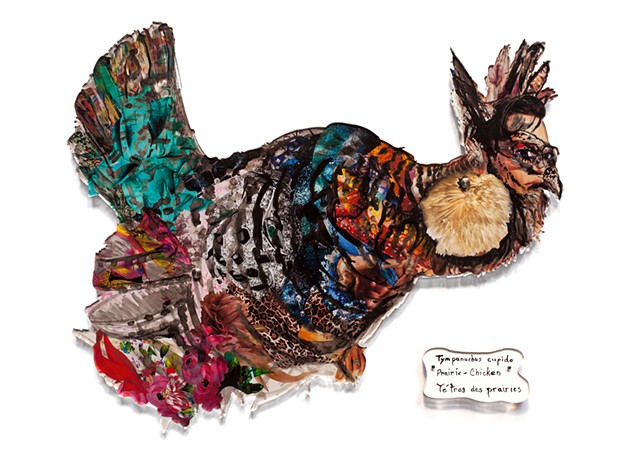 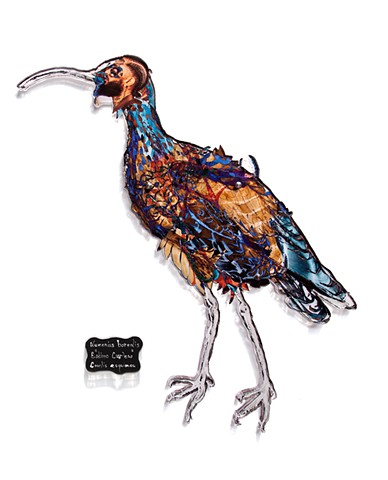 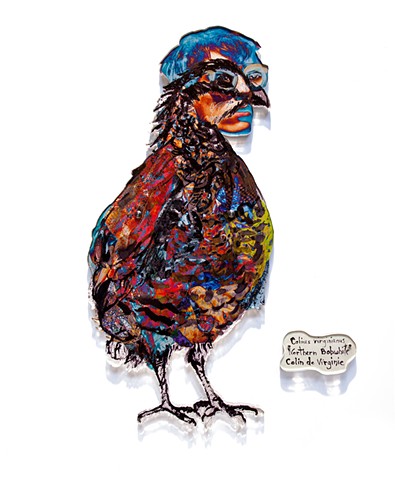 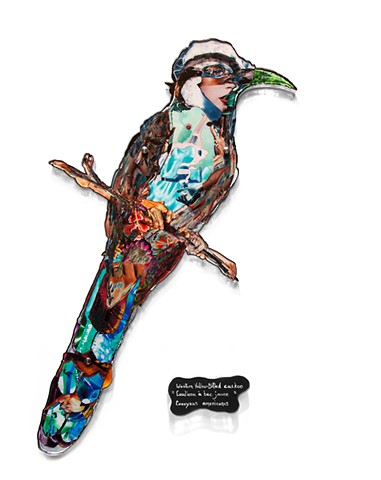 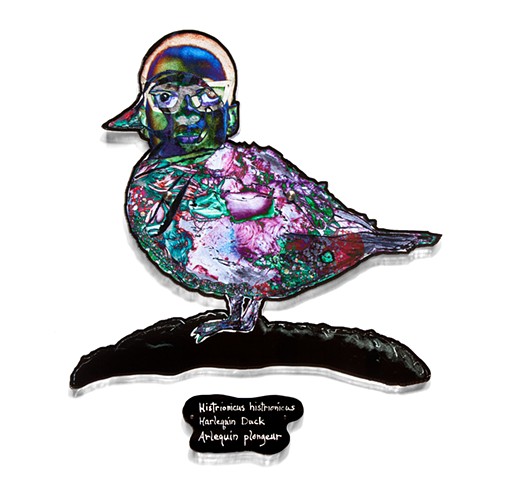 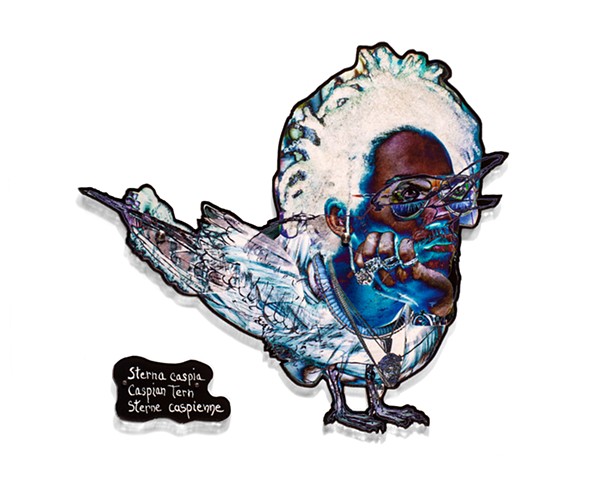 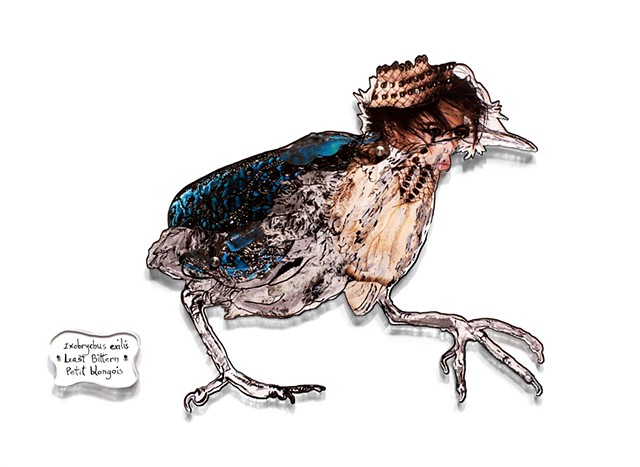 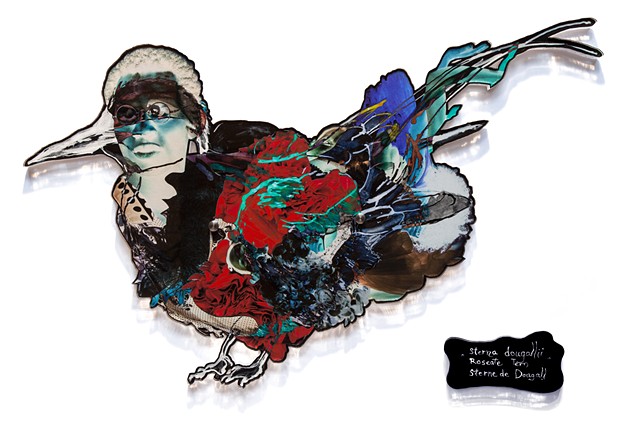 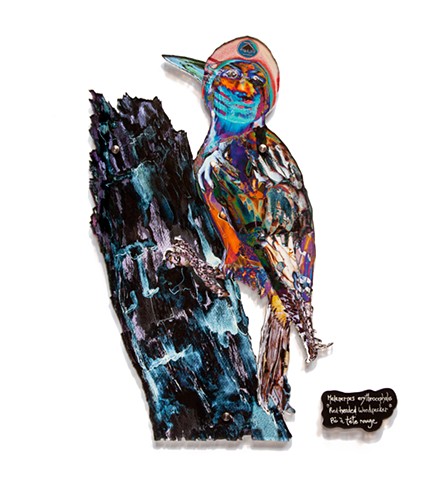 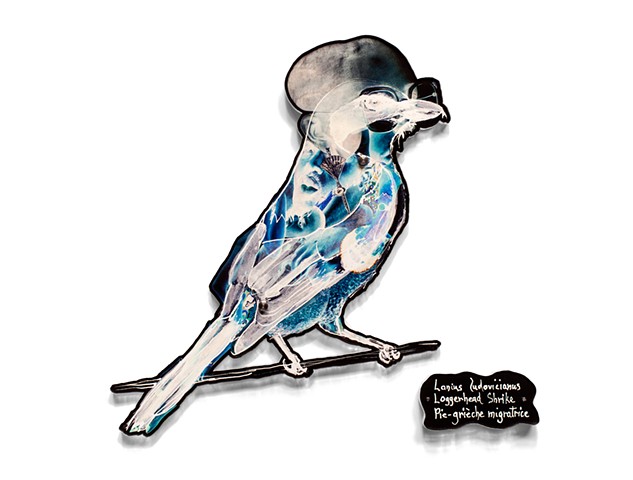 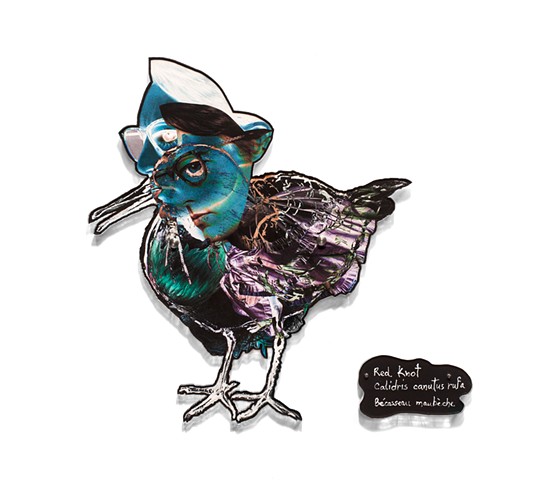 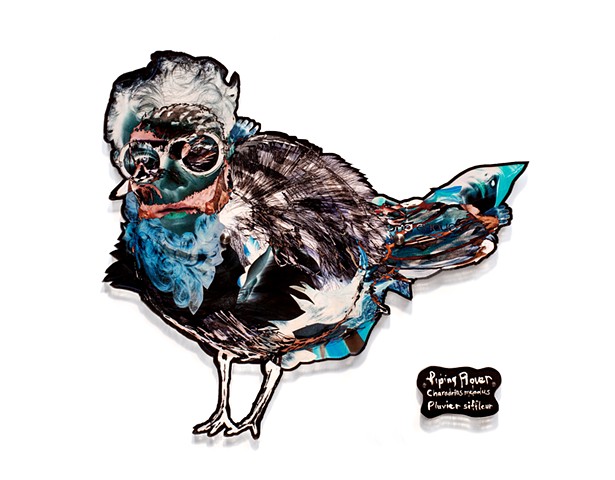 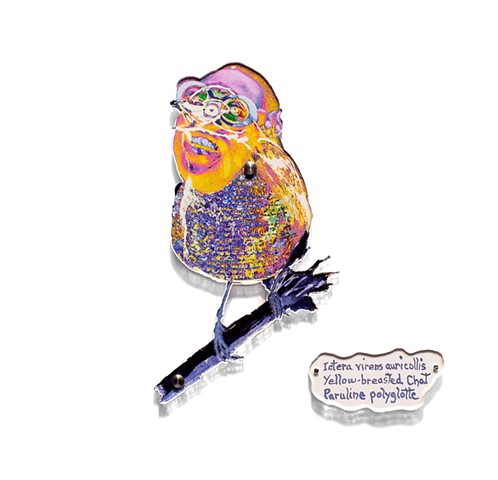 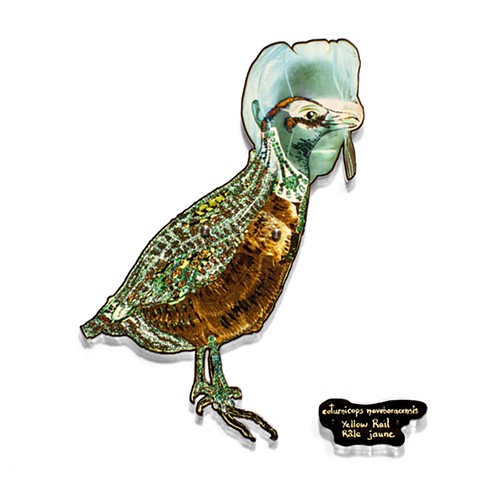 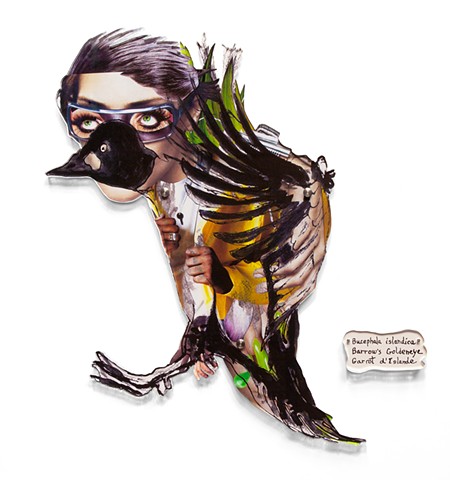 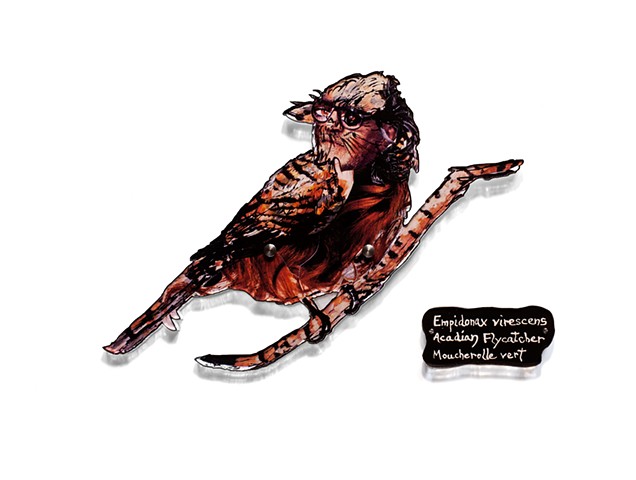 «Rachel Carson’s 1962 prophetic essay Silent Spring was critical in the banning of DDT. Today we find ourselves witnessing the steep decline in the species of insects and birds that Carson predicted over 60 years ago. In this series, human body parts and consumer products give form to insects and birds, illustrating the plight of the numerous threatened species of North America.

Referring to the images of African-American men and women used in her work, Paul cites the groundbreaking laws adopted for both the environment and civil rights in the early 1960s that have still not been resolved and are now the top political agendas in the United States. Given this parallel as well as the fact that minorities have been disproportionately victimized by our increasingly hazardous environment, Paul’s work strives to honor their resilience and self-empowerment.»

Damoiseau : [a. OF. damoiseau the masculine corresp. to damoisel, damsel.] A young man of gentle birth, not yet made a knight. english.stackexchange.com/questions/500…